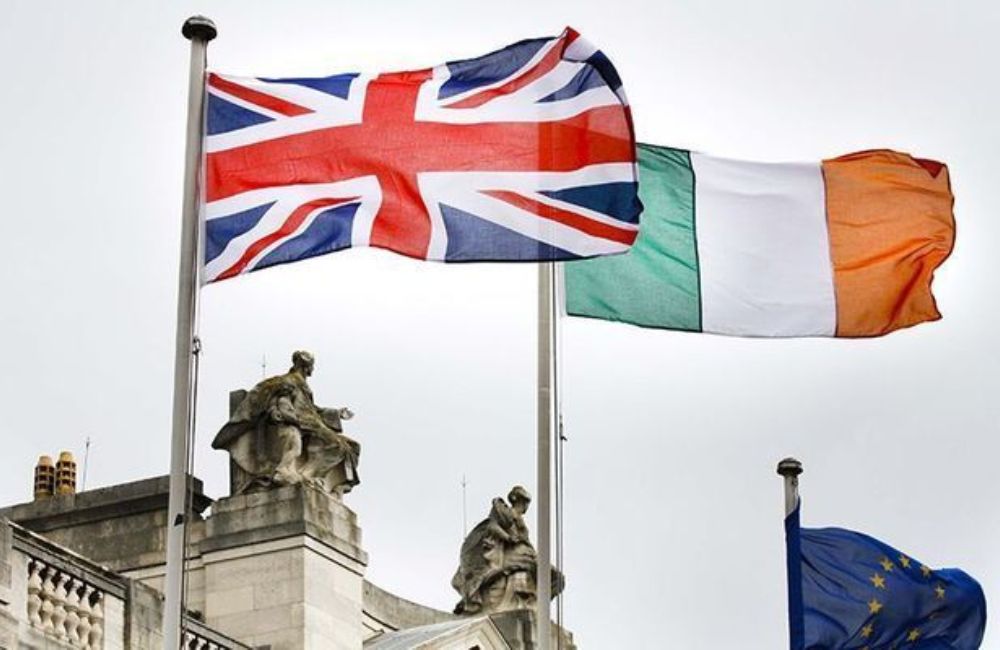 The [recently concluded trade deal between the EU and the UK] maintains Ireland’s agricultural export market in Britain. A “No Deal” would have destroyed it. The imposition of tariffs would have imposed huge costs on consumers and disruption to business.

That said, the fact that the Agreement had to be rushed through at the last minute left little time for debate which side lost the least in the negotiation. For it is in the nature of a divorce, like Brexit, that both sides actually lose.

First let us look at the British side.

On the other hand, EU rules, in which neither the UK, nor the people of Northern Ireland, will have a direct say, will continue to be made for, and apply in, Northern Ireland. This creates a democracy deficit, even if the subject matter will be highly technical.

After much effort and controversy, the UK has won the right to diverge from EU rules for the island of Britain. To show that the effort was worthwhile, it will be tempted to adopt different rules on trade and regulatory matters just for the sake of it.

THE MORE BRITAIN DIVERGES FROM EU, THE MORE WILL IT DIVERGE FROM NORTHERN IRELAND

This creates a political mine field and a strategic dilemma.

The implications for NI unionists could be quite destabilising. A sense of losing control over their future, and of not being represented when decisions are being made, could encourage irrational politics. This will require serious reflection in Brussels, London and especially Dublin before there is any new divergence between the UK and the EU.

The Joint EU/UK Committee, already set up under the Withdrawal Agreement, will need to monitor the political and security consequences. Title X of the Agreement requires advance notice, and consultations, on any changes in regulations as between the UK and the EU. It will be important for peace and security of these islands that these consultations include representatives of all major interests in Northern Ireland.

THE GAINS FOR THE UK SIDE, AT A PRICE

On the other hand, the Agreement contains significant gains for the UK side from a “sovereignty” perspective, at least as far as the island of Britain is concerned.

Firstly, there will be no direct application of decisions of the European Court of Justice on the island of Britain.

Secondly, while the UK has accepted that it will not regress from present high social and environmental standards, it will be free to set for itself the detail of those standards. These may be different from those in the EU and thus in Northern Ireland. This right to diverge is what UK Brexiteers saw as an expression of UK’s sovereignty. There will be strong temptations to use this power if only to show that Brexit was worth the effort.

But the UK also accepts that divergence will not come for free.

It has had to accept that services exports from the UK have lost automatic access to the EU market, a large and incalculable sacrifice. It has also lost the European Arrest Warrant and access to eU data bases.

As one advocate of Brexit, Dr Liam Fox MP, put it in Westminster last week

The Agreement establishes detailed mechanisms to settle what ”price” will have to be paid for any new divergence .

Already, the UK is contemplating allowing genetically edited crops. If these are not permitted in the EU, there could be trade frictions and competitive losses for EU farmers.

HOW WILL DISPUTES BE SETTLED?

These new mechanisms , a Partnership Council, Joint Committees, and Arbitration Tribunals, are completely untested at this stage.

A great deal will depend on how much use the UK will make of its new freedoms. The more EU and British policies diverge, the greater will be the strain on the Agreement.

In the last 5 years of debate about Brexit, UK politicians have actually advanced very few ideas of how they might use the new freedom conferred by Brexit.

So it is impossible to assess, at this stage, whether or not they might do things that would push the EU to seek redress through the mechanisms of the Agreement, or contribute to instability in Northern Ireland.

If problems arise and these cannot be settled in the committee system, there is an agreed provision for arbitration. Three person Arbitration Tribunals which will operate on strict time limits. If the Arbitrators find that either the EU or the UK has breached the agreed principles, the other party will be allowed to impose tariffs or prohibitions, to compensate for losses it has suffered.

BETTER THAN NO DEAL

This Dispute settlement aspect of the Agreement is valuable from an EU point of view.

Without it, any disputes would have had to be referred to the WTO. The WTO system is both cumbersome and narrow. Parties can stall, adopt delaying tactics, or ignore WTO rulings.

Disputes in the WTO can drag on for years, as we have seen with the US/EU dispute about subsidies to Boeing and Airbus.

That said, we will now be replacing a single set of rules, interpreted by the European Court of Justice (ECJ), with individual Arbitration Tribunals, operating under tight deadlines.

This could lead to inconsistent decisions in different areas of trade. If a Tribunal interprets EU law differently to the interpretation later made by the ECJ, there could be real difficulties. Some of the problems that have arisen in EU relations with Switzerland could be replicated in EU relations with the UK, but with added complications in respect of Northern Ireland.

The UK will also be free to negotiate trade agreements of its own with non EU countries. These negotiations may create additional pressure for even more divergence between UK and EU standards, than the UK authorities themselves might have chosen.

It may come under pressure to allow the imports to the UK that would not meet EU standards, for example chlorinated chicken, hormone treated beef, or genetically modified food . If these products are then incorporated into exports to the EU, the EU will have to ban them.

UK or EU policy decisions could also skew the level playing field on which EU and British producers must compete.

In Title XI of Part One, and in Part Six of the Agreement, there are provisions for resolving disputes .

If the dispute is about unfair subsidies, firms can go directly to the courts, citing the text of Title XI.

If the dispute is about something else, the remedy will be under Part Six and will be indirect, requiring either the EU or UK side to take the matter up in one of the many Committees set up under the Agreement. There could eventually be recourse to an Arbitration Tribunal.

In global terms, the continent of Europe as a whole has been weakened by Brexit. The day to day effect remains to be seen.

John Bruton was the Prime Minister of the Republic of Ireland  (1994-97) and the European Union’s Ambassador to the United States (2004-09). He had held several important offices in Irish government, including Minister for Finance, Minister for Industry & Energy, and Minister for Trade, Commerce & Tourism.