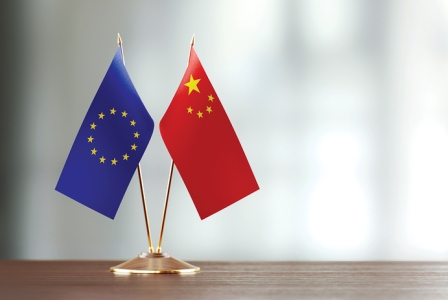 Addressing the challenges posed by Beijing requires European unity, as no member state alone has the resources and negotiating power necessary to deal with China on an equal footing.

China’s rise and its geopolitical ambitions have started to manifest more clearly inside Europe, making the need for a China strategy ever more compelling. European unity is key to effectively addressing the challenges posed by Beijing. After years of closer trade and investment ties, the European Union is realising that close economic relations with China have brought about political and security challenges it was not prepared for.

This newfound awareness is visible in the EU’s latest attempts to protect its strategic sectors and critical infrastructure. This includes the adoption of an EU framework for foreign investment screening and the issuing of guidelines for the security of Europe’s 5G networks.

The European Union has come to appreciate that it needs a strategy for China as, far from being solely an economic player, China is a rising political and security actor with geopolitical ambitions. This was evident in the European Commission’s ‘strategic outlook’ of March 2019, which informed EU leaders’ more assertive tone at the subsequent EU–China Summit in April 2019. Many observers have noticed Brussels’ unprecedented labelling of China as a ‘systemic rival’ and ‘economic competitor’. Less emphasis has been put on the European Union’s acknowledgment that China’s geopolitical goals ‘present security issues for the EU, already in a short- to mid-term perspective’. According to the strategic document, these are visible in China’s increasing military and technological advances and cross-sectoral hybrid threats such as information operations and large military exercises.

Addressing the challenges posed by Beijing requires European unity, as no member state alone has the resources and negotiating power necessary to deal with China on an equal footing. Paris and Berlin have demonstrated support for Brussels’ call for a ‘whole-of-EU’ approach vis-a-vis China, at least symbolically.

During Chinese President Xi Jinping’s state visit to France in March 2019, French President Emmanuel Macron invited European Commission President Jean-Claude Juncker and German Chancellor Angela Merkel to join his meeting with the Chinese leader. The German government also announced its intention to invite all member states to a 2020 EU–China Summit under its EU Presidency. This move raised eyebrows in Brussels, but Berlin hopes to encourage other members to pursue a common approach to China and refrain from Beijing-led ‘multi-bilateral’ talks.

However, governing elites in some European Union member states look at China through the prism of economic opportunity, downplaying the risks. They believe that close political ties with Beijing are key to unlocking greater economic opportunities, which cripples the EU’s efforts to devise a common strategy.

This approach is based on the naive assumption that politically cosying up to the Chinese leadership fosters a special relationship that translates into privileged economic treatment. Such an approach also assumes that a bilateral partnership on equal terms with China is possible. It disregards the fact that the Chinese government can retaliate any time, should it consider it necessary for its own agenda, regardless of whether memoranda, ‘strategic partnerships’ or any other agreements have been signed.

Lately, attempts to devise a coherent EU approach to China have not only hit a wall in Europe’s eastern flank — with the Chinese-led 16+1 grouping of Central and Eastern European countries expanding to 17+1 after welcoming Greece — but also at its core. In March 2019 Xi spent four days in Italy, where the country became the first EU founder and G7 state to officially endorse the Belt and Road Initiative (BRI). This is telling of a broader trend in which Europe criticises the growth of China’s global infrastructure scheme, and demands that the Initiative meet transparency and sustainability standards, while at the same time various European governments endorse the BRI.

Against this backdrop, how can the European Union ensure that its members look to China from a more long-term strategic perspective and act cohesively? An essential step is to close the knowledge and perception gaps across the continent. While it is up to national governments to increase their own countries’ expertise on China, the European Union can lead in driving debates about China’s rise and the implications for Europe. This would benefit those states where information about China is currently largely funded or driven by Beijing.

Democracies in China’s wider neighbourhood — like Australia, New Zealand and Taiwan — have been at the forefront of dealing with China’s systemic challenge. Exchanging notes with these partners would provide European countries with useful information on Chinese activities and response measures to adopt.

The recent 5G recommendations and the new investment screening mechanism show that a few concerted steps have been taken since 2016, when it became more visible that China’s influence was impacting European cohesion vis-a-vis Beijing. Allegedly, members of the China-led 16+1 grouping of Central and Eastern European countries also better coordinated their positions with Brussels in preparation for the latest Summit in Croatia.

The reshuffling of EU institutions that will result from the European Parliament elections raises questions over how Brussels will reshape current efforts into a more coherent and strategic approach towards China going forward. Beijing will likely try to use the opportunity offered by the upcoming changes in the EU administration to advance its interests. Securing European interests vis-a-vis China through a long-term common strategy is increasingly a necessity.

This article was originally published on East Asia Forum.

Lucrezia Poggetti is a Research Analyst at the Mercator Institute for China Studies (MERICS), Berlin.